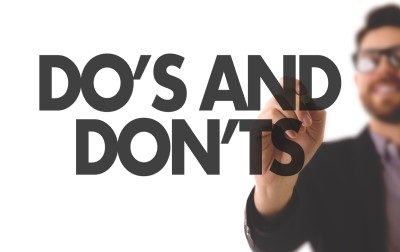 People opting for cataract surgery for the first time are often anxious of the results. The most common reason for such reaction is the effectiveness of the treatment meaning the extent of clarity to expect after the opaque lens is removed.

Moreover, the effectiveness of the cataract surgery is primarily dependent on the instructions that the patient follows after the surgery. During the whole recovery period, the patient needs to follow some do’s and don’ts. Read this article to know more about the same.

What to expect after cataract surgery?

Once the surgery is complete, the eye which has been treated is covered with an eye shield. Within a couple of hours of the surgery, the eye patch is removed. As soon as the patch is removed, the vision may be cloudy, blurry or distorted. There’s nothing to get worked about as this is a common phenomenon which is known as adaptation. It is simply the procedure of the eye and the aligned visual system of getting adjusted to the new implanted intraocular lens.

Some other side effects that can occur during this adaptation period are distorted visions or ‘wavy’ vision. Additionally, some people also complain about ‘scratchiness’ or dryness inside the eye after the surgery is completed. Furthermore, the eyes become excessively red and bloodshot. This is due to damage to other blood vessels on the sclera (white surface of the eye) due to temporary damage.

If the patient follows some proper precautions as mentioned by the doctor, the recovery occurs fast as well as the risk of any infection also minimizes considerably.

After the cataract surgery, it is of utmost importance that you take the prescribed eye drops that help the eye from catching an infection. In case the patient skips a dosage, it can increase the likelihood of complications such as infection, increased ocular pressure or dryness. It may be possible that the doctor prescribes these eye drops prior to the surgery. To reduce the chances of skipping a dosage, prepare a timetable mentioning the dosage along with the time.

A lot of patients make the mistake of not protecting the eye even when not sleeping. Experts from eye clinics in India such as Pristyn Care suggest patients to wear protective shields to keep the eye protected even when the person is sleeping. When the patient is awake most part of the day, they are aware of the eye and particles that can enter the eye by mistake. However, when asleep, he/she may turn and rub the eye accidentally against the pillow which may be carrying germs and cause an infection. Therefore, eye patch is a must when sleeping.

During discharge, the doctor provides a list of activities that are allowed and not allowed during the recovery period. These are important because following these instructions reduces the risk of any complications. Some of these are discussed below-

If the patient follows the above do’s and don’ts after the cataract surgery, the results tend to be long-lasting as well as effective.

How long does it take to fully recover after cataract surgery?

Generally, it takes around 1-3 months for a patient to recover completely after the cataract surgery. However, there have also been cases where the patient’s vision stabilized within 2 months while there have also been cases that it takes longer than 3 months. It depends on several factors including the extent of the opaqueness, any additional underlying eye conditions the patient was suffering from, technique of the cataract surgery used and type of lens implanted.

Cataract surgery is a major surgery for the eye hence, there are several do’s and don’ts that needs to be followed by the patient to ensure faster healing. Some of these measures are discussed but there can be some additional ones depending on the maturity of the cataract the person was suffering from. In cases where cataracts have to be removed from both the eyes, the doctor clears one eye first and then moves to the other keeping a gap of one week in between. For faster healing and decreasing the chances of complications, follow the doctors suggestions word-to-word during the entire recovery period.