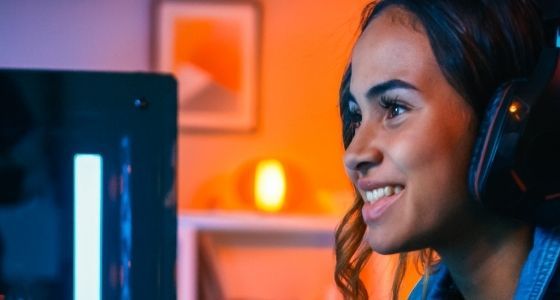 The National Broadband Network in Australia has been moving countrywide steadily. Australians now have a choice of different technologies – ADSL, HFC, FTTB, FTTC, FTTN, and FTTP. They began with four speeds but now offers seven tiers – NBN12, NBN25, NBN50, two sub-options of NBN100, NBN250, and NBN1000. Each internet service provider can choose the speed tier they want to offer. Belong is one of Australia’s internet service providers who offer affordable NBN plans. They offer three tiers of internet speed under a simple pricing structure. Below, we compare Belong NBN plans with other networks. These networks are considered the fastest NBN providers in Australia.

All Belong NBN plans offer unlimited data usage. You can opt to sign up for a 12-month contract to get a free WiFi modem or pay the modem for $60.00 if you choose a no lock-in plan. Being under the Telstra flagship, its 3G network covers 98% while its 4G network covers 97% of the Australian territories. The standard time frame to activate a Belong NBN plan is one to five business days after the application. New subscribers are charged on the first day of the following month. So, they’ll get the rest of the billing cycle free on the month of activation. What’s better is that a new Belong NBN subscriber will get a free Belong mobile SIM loaded with an $80.00 credit.

Established in 2013, Tangerine is one of Australia’s most popular small NBN provider. It was owned by the Virgin Group founders Andrew and Richard Branson. The network offers three NBN plan:

Being a small internet service provider, Tangerine rented Telstra’s network infrastructure. When you compare Belong NBN plans to them, they have similar internet speeds and price ranges. But Belong has a better edge since they are a Telstra-owned company. Since Tangerine is a small player in the Australian internet market transferring their NBN connection is somewhat challenging. They don’t have designated moving services.

Superloop was founded by the Australian technology entrepreneur, Bevan Slattery, in 2014. It’s an independent NBN and wireless internet provider. Superloop’s robust network allows physical connection to every POI. They also own domestic fibres and sub-sea cables, so they don’t outsource their infrastructure. There are 11 Superloop NBN plans with data allowance limits and unlimited data usage.

When you compare Belong NBN plans with Superloop offerings, the latter is somewhat costly both for data allowance limits and unlimited data usage plans. There are also reports of unreliable connectivity. Since Superloop’s infrastructure is new, it seems challenging to provide reliable internet speed to the influx of Australian subscribers.

David Teoh, an Australian businessman from Malaysia, founded TPG in 1986. Total Peripherals Group originally sells OEM computers. In 2008, it transformed as an internet and mobile service provider by merging with SP Telemedia Limited. Last July 2020, they merge with Vodafone as TPG Telecom Unlimited. This makes them the second-largest telecommunications company in Australia.  There are 3 NBN plans with unlimited data usage that TPG offers:

If you compare Belong NBN plans with TPG, Belong still offers a much cheaper alternative at faster internet speeds. Sadly, TPG receives a lot of negative reviews when it comes to internet connection reliability and speed. They also have poor customer service and technical support ratings.

Households who want a good internet speed for a low-cost monthly fee should consider Belong NBN plans. With the other networks, Belong NBN plans are a lot cheaper. They offer the fastest typical evening speed among the  NBN tiers. Being a budget Telstra, subscribers can take advantage of the largest telecommunication network in Australia.

Signature Accessories for Your Kitchen Transformation on Italian Theme

What You Need to know about Career in Investment Banking?

Importance of Data Backup And Recovery

Vidmate For Android, All In One Stop For Video Downloads From Popular Sites