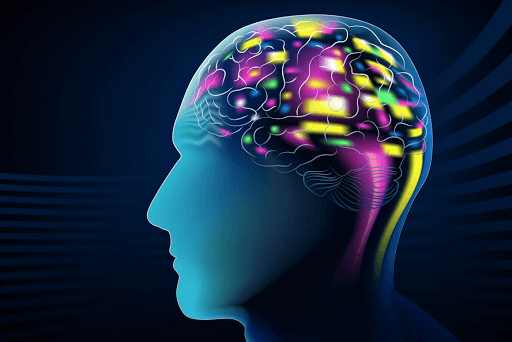 Seizures and epilepsy go hand in hand. Epilepsy is a neurological condition in which a person is susceptible to having recurring seizures.

Individuals have to undergo an epilepsy test to know whether they have the condition or not. However, diagnosing the disease is not a one time event. It takes time and patience.

Let’s look at epilepsy and how it is diagnosed in detail.

Seizures are the result of sudden bursts of abnormal electrical activity in the brain. This disrupts the functioning of the brain cells causing involuntary changes in a person’s behavior. The changes can be physical or mental.

Seizures can cause a person to blink rapidly, stare into nothingness, have muscle jerks, become unaware of what is happening and even lose consciousness.

Seizures are of different types and can be classified into:

Seizures that begin in an area of the brain have a tendency to spread to both sides of the organ.

If someone has suffered a seizure once does not mean they are epileptic. Epilepsy is diagnosed when a person has two or more unprovoked seizures, meaning seizures are not triggered by medical conditions like fever, low BP, or withdrawal of substance.

Epilepsy can be caused by more than one type of seizure. People with epilepsy also experience issues like brain tumors, stroke, multiple sclerosis, etc. Brain injury to genetics, there’s no single cause of epilepsy.

While it is treatable, epilepsy and seizures have a profound impact on one’s life. These disorders can interfere with a person’s relationships, work, safety, etc.

How Do You Know If You Have Epilepsy

Seizures can happen anywhere, any time. Since a neurologist cannot be present to observe what is happening, you need to book an appointment for undergoing certain tests.

Diagnosing epilepsy starts with understanding your and your family’s medical history. This includes the type and intensity of seizures you have had, the number of times it has occurred, if anyone in the family has been diagnosed with it in the past, etc.

A thorough neurological examination, which includes testing your behavioral and motor skills, is also conducted. Blood samples are also taken to analyze reasons like genetic conditions or infections behind seizures.

Typically, you will have to take an epilepsy test(s) for detecting brain abnormalities, including:

One of the most common tests for epilepsy, EEG involves monitoring electrical activity in the brain. Several electrodes or sensors are placed on the scalp to help the neurologist assess the electrical signals in the brain.

During the process the specialist can ask you to perform specific tasks. Any abnormalities in normal brain wave patterns indicate epilepsy. This does not necessarily have to be accompanied by a seizure.

The neurologist also monitors you on video to record and analyze any seizures that may occur. The test is done while you’re awake or asleep. Depending on the results, the test can go on for several days.

MRI uses magnetic fields and radio waves to scan the entire brain structure, including brain tissues. With a brain MRI, the neurologist determines damaged tissues or areas that are causing seizures.

The doctor may also conduct a functional MRI and ask you to perform specific tasks for it. This technique helps locate functional areas like memory or speech that are affected by seizures.

Doctors can use X-rays to get cross-sectional images of the brain. This epilepsy test enables them to diagnose seizure-causing issues like cysts or tumors.

The scan detects changes in the brain’s metabolism and chemistry. The doctor injects a radioactive material through a vein on your arm. The movement of the material in your brain helps the doctor assess any abnormalities.

The test is conducted twice – during the seizure and after the seizure. Like PET, this also involves injecting a radioactive substance. The doctor then compares the two tests to figure out where seizures are originating in your brain.

The doctor may use one or more of these epilepsy tests to determine whether or not you are suffering from the disorder. Ascertaining this helps them prescribe a treatment plan that best suits your condition.

Depending on the diagnosis, medication or even surgery may be recommended for treatment. Usually, a dietary plan is also given along with medications for seizures.

Epilepsy is often accompanied by recurrent seizures. If you have had more than one seizure, then it’s best to consult a neurologist and get an epilepsy test done.

What is Alloy Steel Casting & It’s Benefits in Casting Industry

Five Perks of Private Mailbox Services for Your Home-based Business