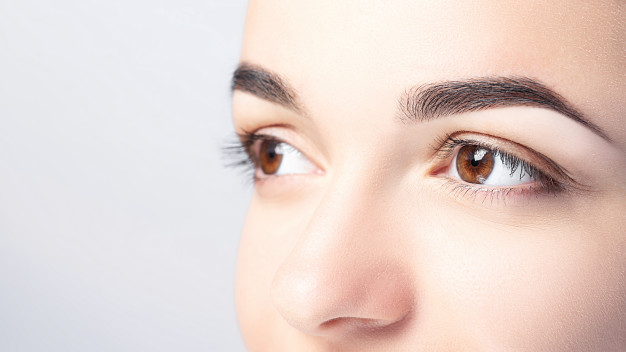 There has been an exponential growth in semi-permanent eyebrow makeup, and a manual technique already used many years ago in China and Japan to enhance and define the eyebrow arch, with a very natural result.

Despite its ancient origins, microblade is now back in the limelight, conquering the hearts of women all over the world who, attracted by the possibility of no longer having to use makeup to give three-dimensionality of the look and mask small imperfections, make use of it in alternative to the more invasive eyebrow tattoo. Let’s see What is microblading eyebrows?

The term microblading indicates a particular aesthetic treatment, similar to a tattoo, which allows enhancing the eyebrow arch, correcting its aesthetic defects. It is trendy in the United States already in the nineties and arrived only recently in Italy.

It is so-called because the operator’s instrument – the microblade – foster the tattooing of eyebrows and color penetration into the skin.

Whether it is hair by hair (they literally draw the hairs on your eyebrow) or shading (that effect you get when you put on makeup), you should analyze which technique you want and therefore go with an expert in the topic.

Before doing microblade, it is necessary to know if it is possible to do it. Let’s see, of course, you can do it, but the idea is that it lasts longer. So if you have oily skin and large pores, you are not a candidate as sebum will make the pigment disappear before its time. Let’s say that the ideal skin is dry or normal as it will retain colors better.

3. It is not Permanent

The pigments must go in the epidermis, which is the first layer of the skin. This will ensure that the procedure is semi-permanent and that it will only last a certain time, as the colors will gradually come off the skin. This is super important since if the technique is performed in the dermis (the second layer of the skin), the pigment will stay there longer than it corresponds, and no.

The importance of knowing the colors and the type of pigments is to be able to have the best tone when it comes to betting on this type of cosmetic tattoos. OK, they are basically divided into two: organic and inorganic.

The first ones are made from carbon, they are safe pigments, and you can make various color combinations. However, over time, it turns to red tones. In the case of inorganic ones, they are iron-based, they are also safe, but they go to blue tones. Everlasting Brow pigment they are a must since they are a hybrid.

How do they work? The first pigment that leaves the skin is red, then black, and finally yellow. The latter is the most natural, so it will not be noticed when the others have faded, and your eyebrows will continue to look supernatural.

Following the care instructions after having performed the technique is very important, as these days will be key for the final result to be the most optimal. This care should last between ten days and two weeks, as it is time it takes to heal.

Among the recommendations is to wash with a block of neutral soap and use a balm to hydrate. You can not exercise that makes you sweat too much.

What Things Should You Know about Microblading?

Important Facts About the Tramadol

Magnify your Skills by Learning Full Course in Microblading School

5 Careful Things While Choosing Microblading for your Eyebrow

I Tried Microblading, and I Feel Best for Myself