You are here: Home News

Although I have never been able to verify their veracity, on one occasion they told me a story that shocked me vividly . He was just a salesman for work chairs, and he told it to me while I sat in one of the models he sold and tried it. At that time I began my long career as a freelance journalist and was feeling the possibility of acquiring a new chair at a price slightly higher than what I already had. While rehearsing postures, the salesman asked me about my profession.

Although I have never been able to verify their veracity, on one occasion they told me a story that shocked me vividly . He was just a salesman for work chairs, and he told it to me while I sat in one of the models he sold and tried it. At that time I began my long career as a freelance journalist and was feeling the possibility of acquiring a new chair at a price slightly higher than what I already had. While rehearsing postures, the salesman asked me about my profession.

It was supposed to be a mere formality and at most the expert would appreciate that the columnist did not smoke in his workspace. But the technician showed up with a measuring tape and insisted on measuring both the proportions of the columnist and those of the chair and the table where he worked. At the end of the inspection, he warned that he was going to discourage his signing because he did not use the table or the right chair. The journalist, although annoying, took it half jokingly because he did not believe that it would affect his signing …

Until they called him from the newspaper asking him to buy a new and adaptable chair or else the insurance company would not guarantee his signing. “Do you think the expert was not right?” The salesman let me go to finish his story. I, in response, shrugged and the man then explained to me that the expert had concluded that the probability that the columnist was injured in that chair , given his weight and age, was high, and that in that case the insurer should run with recovery costs . “See if a good office chair is important, it’s where you’re going to spend most of your time not sleeping.”

The back, main source of injuries

I left that store with a brand new chair and 500 euros less in my pocket . I do not know if I answered that I was a philatelic or jeweler I would have adapted the story to my circumstance, there is no doubt that it was an excellent seller , but the truth is that the chair lasted it’s good seven years and when it burst, I changed it for a simple dining chair . The result: three lumbar protrusions that continue tormenting me ten years later and condition many aspects of my non-work life.

So yes: choosing an office chair is important especially for our back, but also for other aspects of our health such as joints or blood circulation. According to the data collected in 2007 by the Fifth European Survey of Working Conditions , carried out by the European Agency for Health and Safety at Work, more than a third of workers suffer from back pain , and this is the problem of health that costs more for them, as well as the second reason for visiting the doctor and the third reason for surgery check here.

The survey of the European Agency for Health and Safety at Work was not confined to the field of the offices, but considered the risk of all types of physical work . But it did make it clear that once a back injury occurred, the risk of recidivism soared and the importance of working conditions increased to prevent the evil from becoming chronic.

For its part, the legendary American office chair designer Herman Miller Group launched a study on ergonomics in 2005  in which he claimed that around 85% of office employees experience back complications in the lower back after 50 years. It is true that this manufacturer is an interested party in the business, but deserves all consideration as the author of the chair Aeron , a myth of the early years of the twenty-first century as the chair par excellence of the first startup that generated the technological revolution. In it sat  Marc Andreessen , founder of Netscape, or Sean Parker, creator of Napster, to cite examples.

The chair matters, but not so much the brand

Aeron, which is still manufactured today and has a price of around 700 euros , although it is not sold in Spain, is characterized by having both the backrest and the seat made with an elastic mesh based on a material called commercially  pellicle , of high elasticity and resistance. Its main advantage is that it allows perspiration and circulation of blood, in addition to regulating the position taken by its user, since it tends to correct bad positions . We are talking about the Ferrari of office chairs.

There is also a range equivalent to the Mercedes; for example the chairs of the British manufacturer Steelcase , with their models Please , Leap , Think  or Let’s B , which are around 600 euros each and are not sold in Spain either, at least at the retail level. Anyway, it is not necessary to spend these amounts to ensure our health at the command of an office chair. There are models in the market that for just over 200 euros can fulfill a good part of the postulates that claims a good chair.

So if we are not willing to buy a container of steelcase chairs or arrange to send us a US Aeron, it is best to read the tips that are listed below , or at least take them into account at the time of testing the which can be our next office chair. If the chair in question meets most of the specifications listed, we will reduce the likelihood of injury , especially if we take frequent breaks in our workday to walk and stretch .

What is important in an office chair

Seat : It is very important that it is adjustable in height , since we can fix the position of our torso with respect to the work table. If the chair is too low, it will suffer our lower back. If it is too high, we will force the vertebrae and muscles of the dorsal part and the trapezius. You must also allow to modify your placement with respect to the backup so that our abdomen does not look compressed, which would cause circulation and digestive problems. As for the size, it should be wide enough so that we can sit comfortably in the central part and have space around. In addition, the front of the seat should be tilted down so that it does not press the back of the knees or hinder the circulation of the legs.

Backrest : It is one of the most important parts of the chair. It must fit the back and offer support in the lower back. It is advisable that it be adjustable in inclination and that the chair offers the possibility of regulating its firmness and its fixation or mobility of the backrest. In this regard, the basculantes backs are good for days that do not exceed five hours, but if we are going to be longer, better to try with synchronized chairs, where the back vascula at the same time as the seat slides forward or back, with what we never went into compression positions of the spine or abdomen.

Backrest height : It is highly recommended that the height be adjustable and that the backrest be of sufficient length to cover at least the entire back. Some models allow adding a headrest on the upper part that helps to rest the vertebrae of the dorsal area without subjecting the spine to excessive twisting.

Armrests : They should allow us to maintain a comfortable posture, with the arms forming a 90º angle while writing on the computer, while supporting the elbows and forearms. They are also useful to facilitate the incorporation and must be strong enough to support our weight when we get up from the chair. On the other hand, it is advisable to choose models that allow us to vary the height and position of the armrests, as well as regulate their separation with the seat of the chair. They should not under any circumstances oppress our hips or prevent us from placing ourselves near the table.

Base : The wheels in the base allow a greater comfort to change position or move in the workplace. The base must have five points of support . Some models let you place different types of wheels with different levels of hardness, ideal to adapt the chair to the different floors that we can find: carpet, parquet, stoneware, etc.

Upholstery : For greater comfort, the upholstery must be breathable and designed to withstand continuous use.

Footrest : Although it is not an element that normally forms part of the chair, the footrest is indicated to help us adopt the correct posture. The inclination must be adjustable and must be made of non-slip materials  that allow the correct attachment of both the feet and the fixing on the floor. 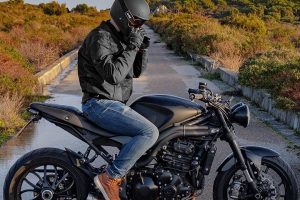 A Motorcycle Road Trip on a Shoe-string Budget 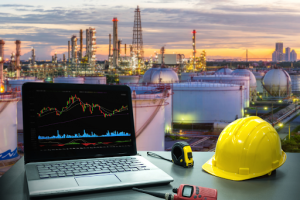 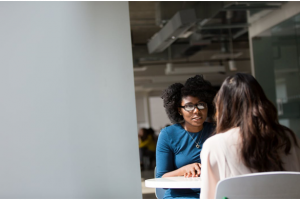 Why Short Courses Became so Popular? What is the Main Reason? 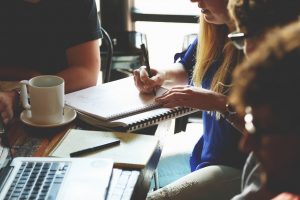 What Is The Reason For Joining The English Speaking Course? 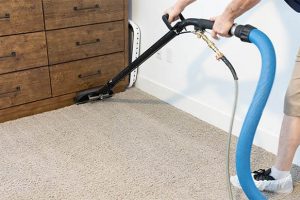 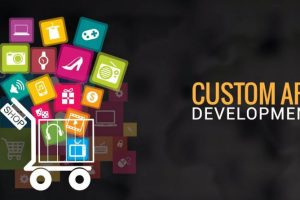