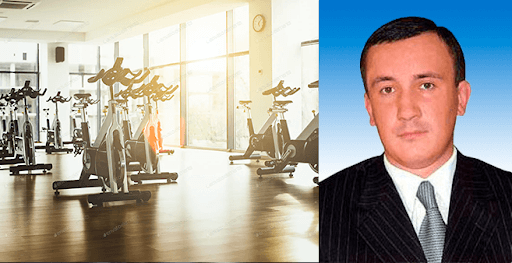 In the Roman Empire, competitions of this kind became very popular a little later, in the 2nd century B.C. And in other years, although the population was encouraged to play sports, only the military were obliged to do physical exercise. This certainly helped the Romans to conquer almost the entire Western world, but gradually the accumulation of material goods and all sorts of entertainment became a priority for the population. Wastefulness led to the gradual decline of Roman civilization. Interestingly, the barbarian tribes that defeated the largest power of the ancient world had physical superiority over the Romans, although they did not attend the gymnasium.

A healthy body was also considered very important in the East, although not so much for physical perfection as for development of spirituality. The philosophical teachings of Confucius, which called for physical activity, contributed to the appearance of Chinese gymnastics kung fu. Ancient China also practiced dance, badminton, archery, fencing, and wrestling. In neighboring India in the middle of the third century B. C. there appeared yoga. The exercises in this ancient form of fitness, as well as in kung fu, imitate the movements of animals. By communicating with nature and observing the behavior of living beings, Hindu priests sought to develop and unite body, mind and soul.

During the Middle Ages, when survival no longer depended on a successful hunt, and when one needed not so much physical strength as powerful weapons to win a war, sports were treated rather carelessly. Even Greek thermae, with the oblivion of ancient culture, were transformed by Europeans into mere baths. Only knights did not forget about maintaining a strong spirit and body. Nobility and the ability to compose poetry were not the only manifestations of their courage. Knightly prowess included running, jumping, wrestling, pole climbing and even swimming. However, strength and agility were of great value at all times, even folk amusements were not without running, rope walking, skittles, wrestling, and other amusements.

Europe was forced to remember Greek gymnastics by humanism that appeared in Italy and spread to England, France and Germany. In the fifteenth century, the history of fitness came to life. The first gymnastics school in Europe “Casa Giocosa” (which means “House of Joy”) appeared in the Italian city of Mantua. It was founded by a pedagogue-humanist Vittorino da Feltre. Since the 15th century fencing unions and shooting societies flourished in Germany – the invention and modernization of weapons contributed to it.

Everything You Need to Know About Teds Woodworking