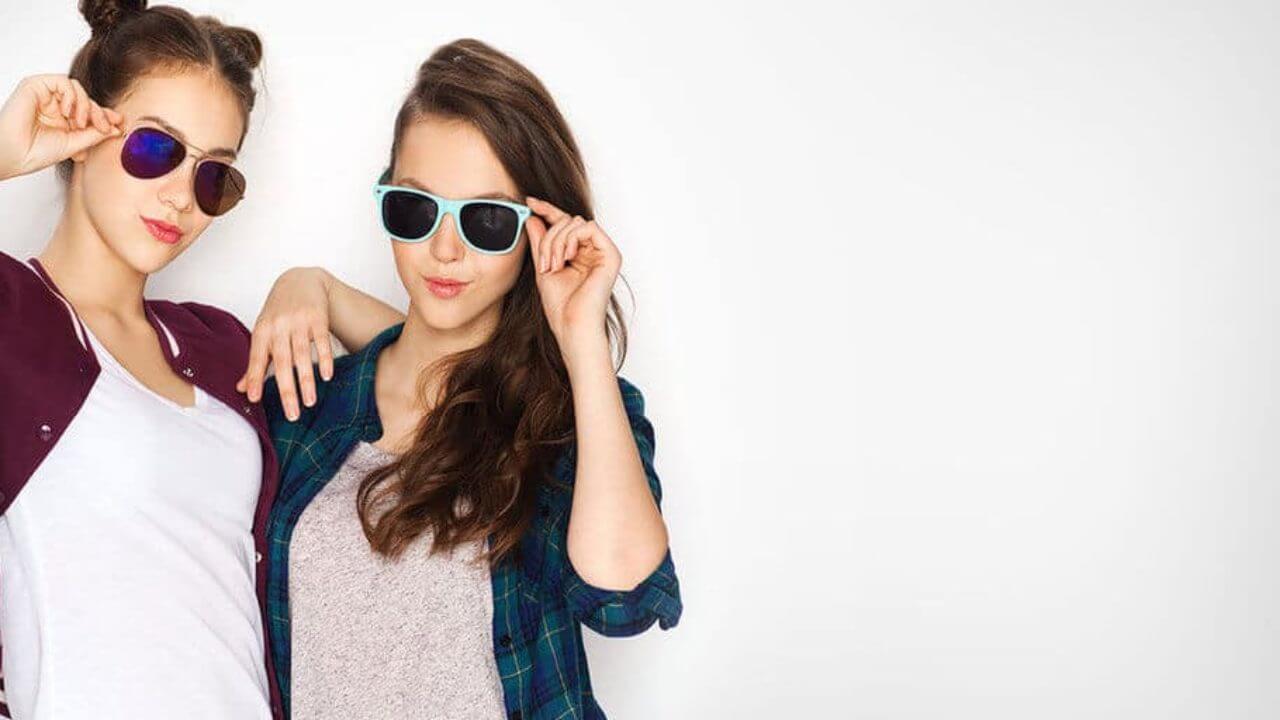 Gym, tan, laundry. These three words have become a worldwide phenomenon since the premiere of MTV’s hit series Jersey Shore. The cast of 8 young adults, all from New Jersey and surrounding areas around the east coast, are back at it again, this time on a different shore. The self-proclaimed “guidos” and “guidettes” are getting ready to premier their new season of “Jersey Shore” on July 29th set in Miami, and audiences are hoping for the same catfights, tanning, partying and drinking they saw in Jersey.

While audiences anticipate the new season, the cast has been seen all around Hollywood promoting the show and themselves. Although the infamous partiers have gotten berated for their fashion choices or lack thereof, the one thing they all do well is sport the best and the biggest sunglasses around. Sunglasses can become a part of someone’s signature look, and the cast of tell-it-like-is attitudes has sure capitalized on this.

Snookie, the party girl with hair that has become almost as famous as she is, can be seen donning her huge shades everywhere she goes. Her loud personality calls for loud sunglasses, as anything less would simply not match. Fitting the sunglasses to your specific personality is a great form of self-expression, and Snookie is the poster girl for this. The self-proclaimed “guidette” has been caught wearing Lady Gaga-esqu sunglasses covered in rhinestones and sparkles, making us wonder if she can even see out of them. Her bubbly, outgoing personality is reflected in her bedazzled shades, giving viewers the true authenticity that they hope for.

“The Situation,” possibly the most talked-about star on the show, with his outrageous ego and his even better one-liners, also has a unique sunglasses style. He admits he loves the ladies and just wants to party. So, he needs to cover up those rockstar eyes with special sunglasses, and that is exactly what he does. Seen wearing modern-looking aviators from Tom Ford Sunglasses to go with his ego-maniac attitude, “The Situation” stops people everywhere he goes. He probably does this to hide his wandering eyes, and nothing is better than large, stylish sunglasses. The supporting cast members like Vinny and Ronnie also sport sunglasses that cover their entire forehead. They too show that summer is all about the shades and wearing the hottest trends out there.

This week, the new drama has ensued and according to The Hollywood Reporter, the cast is very close to getting a huge pay raise for season three. JWoww, Ronnie, Sammi, Pauly D, and Vinny have reportedly been holding up production on the second half of season two after asking for $30,000 per episode after MTV’s decision to split the season into two parts – Miami and Seaside Heights. Reports have been made that MTV countered the offer with a similar amount, letting the Shore cast take the reins.

Their sunglasses are just as big as their personalities, and we are excited to see what styles they wear in the new season. We will just have to wait and see if the Miami shore can bring out a different side of their sunglasses styles that the Jersey shore couldn’t.

Challenges in the Market for Castings Industries

7 Most useful Smart Home Devices for the Elderly in 2020!

Out of the Box Arrangement For an Engagement in London