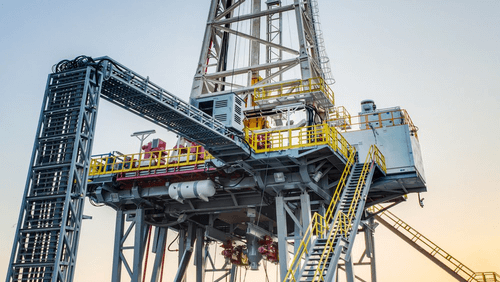 The evaluation of the top-drive drilling system is based and dependent on the use of a rig with an existing system that bears on an additional day rate for the system. The drill pipe is then rotated in stands by a DC electric or hydraulic motor, and then the motor is attached with a pipe handler that travels up and down the derrick on the guide rails.

Traditionally, during the top drive drilling system usage with a kelly/rotary system, this kelly always had to be set back on for the trips and picked up when the top to bottom was completed or when the exact tight formation was encountered.

During the top drive drilling, connections were made through the mousehole, and the single was added to the drill string. If an interval of the hole was to be there and that too opened or underrated, the length of such an interval of the drill pipe would have to be laid down for the specific operation.

The pipe must also be laying down for safety purposes and washing and reaming after trips, drilling out of the casing, and at the end of the well. Connections are usually reduced to one-third of the standard kelly/rotary connections because when full stands are rotated with the top-drive drilling system. When the top drive drilling system is often used on a multiwell platform, the pipe does not essentially have to be laid down at the end of the well.

To trip the pipe, the top drive drilling system is then backed out of the drill string towards the torque wrench, and then the pipe is hoisted by the use of elevators, as it is done using a conventional kelly/rotary system.

Because hoisting in and out of the hole is normally done with the top-drive drilling system, circulation and rotation of it at any time during the trip will be made possible by throwing the necessary slips, slacking off, or screwing it back into the drill string.

The tangible operations are evaluated and compared with a proper kelly/ rotary system. Keeping in mind the connection time, trip time, washing, under reaming and hole opening, and laying down the drill pipe.

Since the top drive drilling system began, the industry has continuously made an effort to strive improvement in rotating and handling of the drill pipe. Attention is now totally being focused on non-rotating time, and with an introduction of the top-drive drilling system, this time can be primarily reduced through pipe handling.

The evolution of AI and ML as a key driver in manufacturing industry!

What are the differences between B2B and B2C link building tactics?

What Are Forged Brass Fitting Used For?

Why Prefabricated Piping Spool Is Popular?