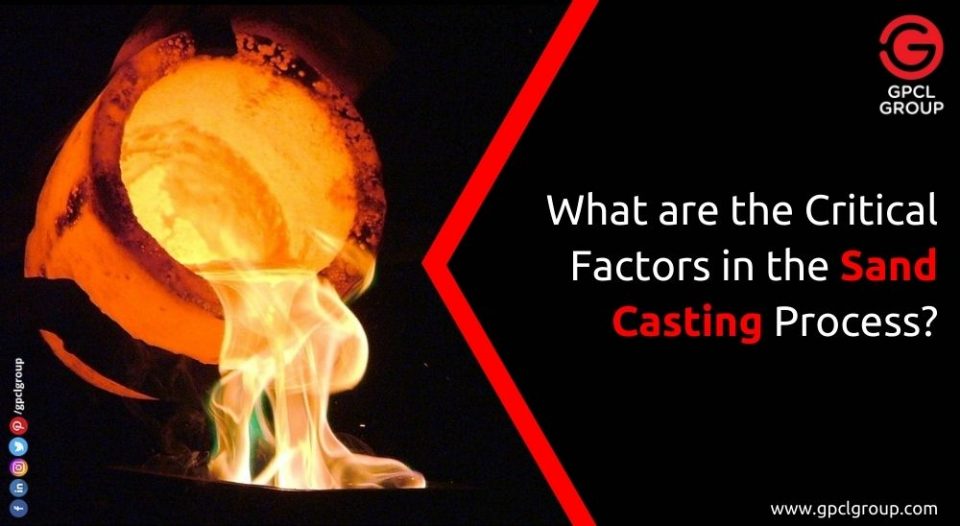 In the process of sand casting, the sand is used as a mould material and a wooden or metallic pattern is used. The best part of the Sand Casting method is that it is an economical method as compared to the other available casting methods.

The first and most important factor in Sand Casting Process is the availability of an accurate pattern. The pattern for the casting should be carefully made taking care of all the important aspects like correct dimensions, allowances and ability of easy removal.

If the allowances are properly taken care, we will be able to get an accurate product after the Sand Casting Process is Complete.

Heating or baking of the mould should be done if it is required to provide strength to the mould. Also the lubrication should be used so that it is easy to remove the casted product from the mould after the molten metal gets solidified.

The metal pouring is the next important factor in determining the quality of the casted product by the Sand Casting Process. During the pouring of the metal, it should be made clear that sufficient molten metal is poured that it fills the entire cavity as well as other channels in the mould.

Also the molten metal should be poured in a short time interval so that there is no solidification of any part when the pouring is being done. If the pouring is done in a proper way, there are high chances that the casted product will be defect free and of high quality.

This time should be accurately estimated and then the cooling is done for this calculated time. Also it should be kept in mind that during the cooling, most of the defects in the casted part occurs due to the shrinkage and deformation process. Hence proper precautions must be taken while designing the pattern so that these defects can be avoided.

Finally, in order to have a high-quality product of accurate dimensions the trimming of the casted part should be done properly. The excess material that has been solidified at the time of solidification should be removed by the trimming process. A manual Trimming or machine trimming can be used to remove the excess parts and to have the final part with the required dimensions.

Thus, we have seen the major factors which affect the sand casting process. If you are also involved in some way with the Sand Casting Process or are in a Sand Casting Company, you should take care of the above factors.

Plan to Visit the City of Prague with United Airlines

Buy in The Most Professional Manner